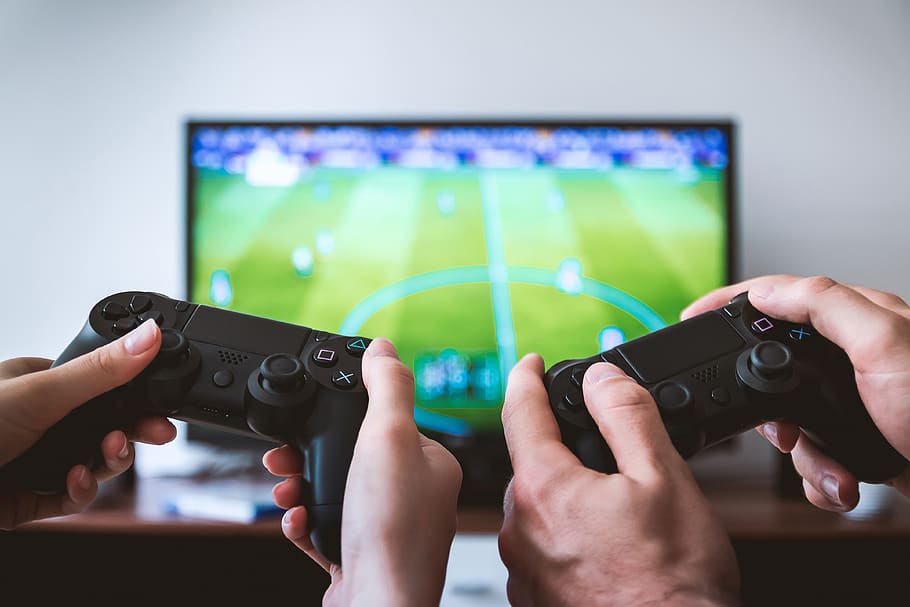 A Brief History of Video Games

There is, perhaps, no time like the present to understand the importance video games have in our modern society. With most people stuck inside, our collective playtime has increased drastically over the past few months. Consoles are sold out everywhere, and it seems like you can’t log on to any social media platform without someone discussing the price of turnips—whatever that means.

Video games serve as a portal to a world outside our own. But where did they come from? And how do they relate to the development of computer programming?

Many mistakenly cite Atari’s Pong as the first video game, but this simply isn’t true. While Pong was the first successful arcade game, the first interactive electronic game was patented in 1947 by Thomas T. Goldsmith Jr. and was known as the cathode-ray tube amusement device. According to the patent, the “player” would physically attach images of targets such as airplanes to the face of the tube onto preprogrammed coordinates. Using a set of knobs, the player would have a limited amount of time to manipulate a beam of light to fire at the targets. If the beam successfully “hits” the target, a crudely simulated explosion would occur. While Goldsmith’s device was never commercially produced, and it’s likely no prototype was ever built, the patent is the earliest known concept of an electronic device designed for interactive entertainment.

The first playable games were created primarily to demonstrate a computer’s programming capabilities. Early games such as OXO (an electronic version of tic-tac-toe) and Tennis for Two, both developed in the 1950s, helped garner public interest in the advancement of computer technology, though neither were ever released publicly. The first game designed specifically for the computer was a PvP—player-versus-player—game known as Spacewar!. Computer programming students at MIT, eager to test their department’s brand-new $120,000 PDP-1 computer, designed a game inspired by science fiction novels where opposing players would attempt to blow up each other’s spacecrafts while fighting against unpredictable elements such as gravitational effects and a randomized “hyperspace” function. The spectacle was a huge success, but like OXO and Tennis for Two, it was never released to the public. It was, however, introduced to college campuses across the country, including the University of Utah, where it inspired student Nolan Bushnell to create a single-player, coin-operated version called Computer Space. While this game flopped, Bushnell’s career did the opposite—he went on to found Atari, which released Pong to the public in 1972.

Home video game systems followed soon after with Magnavox’s unsuccessful Odyssey console, which had extremely limited graphics capabilities and required players to tape images to their television screens (not unlike Thomas Goldsmith’s original 1947 concept!). Atari soon released an at-home version of Pong which proved extremely profitable, though Magnavox eventually filed a lawsuit for patent infringement which settled out of court. Soon, both the Fairchild Channel F (1976) and the Atari VCS (1977) offered removable game systems, allowing for multiple games to be played on the same device. Just as success began to wane, however, and the industry wondered if home gaming was destined for obsolescence, Nintendo released the Nintendo Entertainment System (NES) in 1985, which single-handedly revitalized the home console industry, and video games have thrived ever since. The evidence is likely on your shelf—or in your hand.

Video games began as merely a tool to demonstrate the capabilities of computer programming and hardware. However, they have evolved into an industry of their own, not only exhibiting but inspiring new technological advancements in the field. As you spend this time on your couch picking fruit or fighting zombies, be thankful for those early programmers who paved the way; what they did with their free time is now filling yours.

St. Louis (February 23, 2022) – EPC, Inc., a wholly-owned subsidiary of CSI Leasing, Inc. and one of the world’s largest IT asset disposition (ITAD) providers, has announced the opening of a new Technology and Redeployment Center for used equipment
Read More
Company News
November 30, 2021

Executive Personal Computers, Inc. (“EPC”), a subsidiary of CSI Leasing, Inc. and one of the world’s largest IT asset disposition (ITAD) providers, has recently announced several executive transitions and promotions throughout the organization that will take effect on January 1,
Read More